The anti gravity card trick is an amazing trick especially when done in front of a small audience. When done in front of a smaller audience the trick is enhanced. This is due to the fact that the trick is done with playing cards that are the size of a palm. This minimal size makes it hard to audience members to view the trick when sitting far away. Obviously this could be resolved using cameras and projectors though if you know there will be a big audience at a show.

Moving on though, so what is the anti gravity card trick? For those unfamiliar with the trick it is simple yet amazing. The cardician doing the trick first shows the audience the deck of cards. This is done in most card tricks in order to show it is a normal deck of cards with all 52 there. After showing the cards the cardician then takes one of the cards and places it into his palm. In order to engage the audience though and customize the trick this step could be done by an audience member. As discussed in the article on being a cardician, having tricks that engage the audience and are personalized is very important.

Next in the anti gravity card trick the card in the cardician’s hand begins to seemingly levitate or float. It slowly lifts off their hand until it is at a reasonable point in the air. From this point something is then placed under the floating card. This shows it is indeed levitating. The card is then slowly brought down back onto the palm and the trick is then deemed complete. This is an amazing trick to add to any show as it never ceases to amaze.

How To Do The Trick

Now you know what the anti gravity card trick is you’re probably interested in learning it. Though it seems complex the trick is actually quite simple but takes some preparation. First of all a thin rectangular sheet of clear plastic must be cut to approximately 1.5 centimeters in width. The height of the plastic has to be just slightly longer then the length of the card. This piece of plastic then must be glued to the center of the back of the card you want to levitate. You must ensure that the layer of glue and plastic is as thin as possible. This is to make sure it is invisible to the naked eye.

What also must be noted is the glue should only be placed in the center of the card and not over the entire sheet of plastic. This is all the preparation that is needed now the trick can be performed. Now to do the anti gravity card trick the card with the plastic must be placed on your palm facing up. One end of the plastic should be hitting the edge of your palm and the other the middle of your fingers. Next pressure must be slowly applied. This will cause the plastic to form an arch and the card to seemingly levitate. Hand movements or moments of struggle should be added for showmanship. The arch on the plastic can then slowly be lowered to put the card down. Then the trick is done and the audience is none to wiser as to how you did it.

Here’s a great video explanation on the trick to add further detail to how it is done:

The anti gravity card trick is a great trick especially for those new to magic. It is very simple to do and thus can be done for almost anyone. This is what makes the trick so kind to beginners. However this simplicity does mean the trick is prominently displayed in magic shows. This means that there is a very high likelihood that many audience members have already seen the trick which takes away from its overall impact. By adding some individual flare to the trick though this can be resolved and restore its impact.

There are a variety of ways that this can be done one of note is the aforementioned involvement of an audience member. If the performance is also done for children you could ask them to chant a phrase in order to make it levitate. These type of things keep the crowd engaged and ensure they aren’t bored by the trick. Additionally other things can be added to the trick in order to personalize it to your show.

Things such as using an assistant or combing the trick with other tricks is something of note. An example could be using a trick where you find someones chosen card then claiming it to be a very special card. After this claim you show the crowd why by doing the anti gravity card trick. This adds unexpected flare to the first trick and the latter making them both far more impressive. This boost to impressiveness then makes the overall performance far better and interesting to the audience. 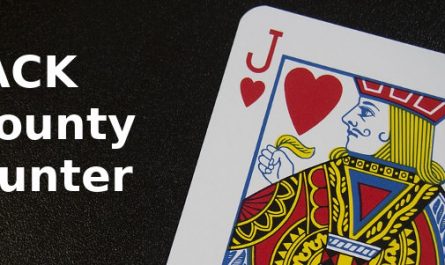 How To Do The Jack The Bounty Hunter Card Trick 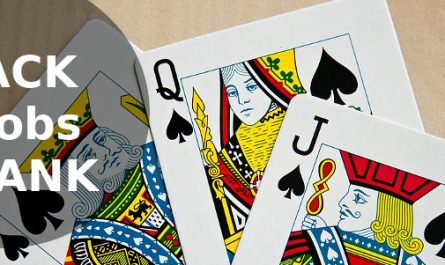 How To Do The Jacks Rob A Bank Card Trick