What is The Jacks Rob A Bank Card Trick?

The jacks rob a back card trick is an amazing trick that never ceases to amaze audiences. It is a simple trick that requires a simple false shuffle to do but always seems impossible to the audience. So what actually is the jacks rob a bank card trick? For those unfamiliar with the trick to begin the magician goes through the deck with the audience and finds the four jacks. After this the deck is reshuffled and shown to the audience to show that it is indeed a real deck and there are no other jacks in the deck other the the four taken out.

A story line is then provided for the trick. This can be altered in any way to make the trick unique. As discussed in our cardician tutorial making tricks unique and engaging to the audience is pivotal for the trick to work. The generic story line given is that 4 jacks decided to rob a bank together. The four jacks are shown at the top of the deck. Three are placed back face down and one face up. One of the face down jacks is then taken and it is said he went to the basement after which the card is placed at the bottom of the deck. Next the next face down jack is chosen and it is said he went to the first floor and the card is placed half way up the deck.

The third face down jack is then picked up and it is said he went to the second floor after which the card is placed a little higher in the deck. The final jack is then flipped over on top of the deck and it is said that he stayed on the roof of the building. Now all of the cards in the deck should be face down. The story line then continues to say the jacks robbed the bank and when the police came they couldn’t find any of the jacks. The first four cards in the deck are then slowly flipped over revealing that the four jacks are on top of the deck.

It is then said they went to the roof and escaped using a helicopter. That is basis to the jacks rob a bank card trick. It is a simple trick that doesn’t require a lot of skill to do but can be entertaining if performed right.

How To Do The Trick

The pile in hand can then be put back on top of the deck with the one jack still face up. The three cards under the top jack can then be placed around the deck in whichever way works with the story. Once the story plays out and the top jack flipped it can then be revealed that the four jacks are on top of the deck. This is then the trick done. As described it is a very simple trick to do making it great for anyone new to card tricks or those who struggle with sleight of hand.

The trick can be made very interesting with the use of a descriptive story line that engages the audience and ensures they are memorized at the end of the trick. Below is a video tutorial for more detail into how to do the trick:

How To Do The Anti Gravity Card Trick 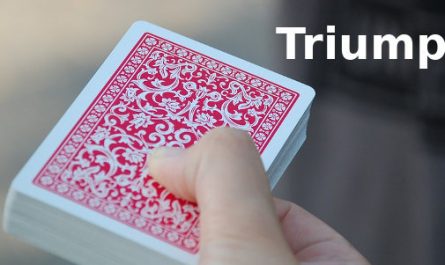